If I crob an image for the first time everything is fine, but if I open the edit dialog again the thumbnail has a wrong aspect ratio. In this case if I crop the image again I got wrong result. 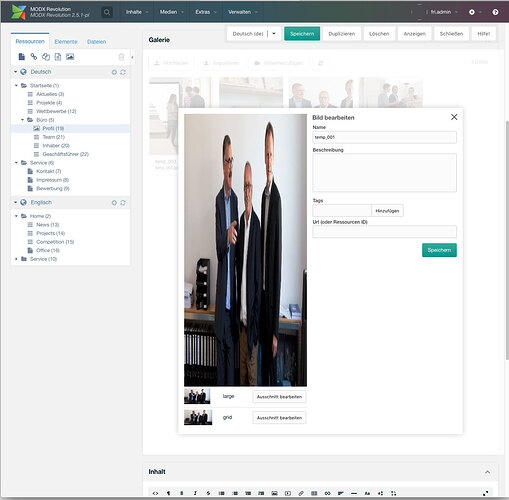 That doesn’t seem to happen on my development environment. Would it be possible to receive a login to your manager via support@modmore.com so I can take a look at it in more detail and see where that’s going wrong?

I’m currently changing al lot on this project. But could it be a Safari problem. In Chrome everything seams to work fine, until now.